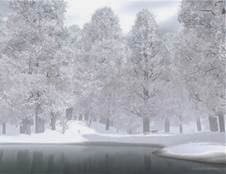 I am officially old. I am officially that guy. That guy who complains about how things were different when he was a child. I have become that guy. Only took 40 years but there we go. I live in Maryland, one of the most unusual states when it comes to weather, we are at the exact center of the Eastern Seaboard, so we get weather from both the north and south, meaning we could get a snowstorm and have temperatures at 20 some degrees, then the next day it is in the 50s. It happens, I am not making it up. I have lived through it.

Normally I like the winter, I have no problem with it. I like the snow, always have, but getting older I have begun to hate the snow for a few reasons. One the shoveling takes a toll on you, driving in it is dangerous, along with the fact that others do not know how to drive in it.  And nowadays even the hint of snow has school systems shut down and have snowdays or 2 hr delayed openings, for minor things, things that when I was going to school they never shut down for. I don't know where the disconnect comes from, but somewhere between when I was going to school and now having kids going to school the Board of education has gotten skittish, and honestly I do not even recall any bad accidents that may have caused the change in attitude and that is where my hatred is coming from.

A good example, last week we got a dusting of snow, a DUSTING half an inch or less. The roads were fine where I was, maybe a little slick but if you pay attention you will be fine. Schools were on a 2 hour delay. Why? There was no reason for my daughter's school to open at 11am. The roads were fine. So I had to go into work late while I watched my daughter since both me and my wife work full time and we do not have any babysitters near by to watch the kids and make sure they get to school on time. We pay for before and after care since our working schedules do not work. My daughter loves it, but when you open late, the before school care is closed, or as happened earlier this week, we had an inch of snow on the ground, but Baltimore County was one of a few counties that stayed open all day, yet after the storm had hit and things settled down, they cancelled after school events including after school care, so now I had to leave my job early to pick her up. There was no more snow coming, it had all ready fallen, and they had been open ALL DAY all ready. Makes no sense. This past Wednesday they closed schools due to the ice storm that hit, that's fine, but what you should have done was open 2 hours late because all the ice had melted by that time and the roads were much better and certainly could handle cars, and it was going to get warmer in the day so the ground would be fine no ice. Nope closed schools.

When I was a kid we only closed schools when we had REALLY heavy snowfall, or heavy ice.A few inches of snow on the ground, may have gone in late but usually we went to school, it started snowing heavy during the school day, they may have released us early some, but majority of it we stayed the whole day. I remember walking home in the snow or walking to school in the snow. We never shut down for a couple of inches. I don't understand where that panic comes from.

I do realize that the counties we live in our big and cover lots of area, and due to the storms being unpredictable some areas may get hit worse than us and should not be punished because we hardly got anything. That is why you should create zones in each county and if the storm hits hard in one zone but not in the other we can close that one zone down and open the other. We have something similar all ready called the Hereford Zone and area that always got hit hard with storms and always seemed to be closed when the rest of the county was open. Why can't we just do that on a bigger scale??

I still like watching the snow, I like to play in it with my kids, and sometimes I don't mind shovelling, it's just really tiresome, and then you may have some jerks who may park in your cleared spot because they are too lazy to clear their own. I've dealt with this as well. So nowadays I clear at least three of four spots around my car in case some jerk takes over my spot, I wont feel bad about taking another that I cleared out myself. Being in Maryland I have noticed a pattern, one bad winter followed by two quiet winters. We had two quiet winters, so I should have predicted this. But the truth is we have not been hit to hard with snow, just hit hard with the bureaucrats. Needless to say we are stuck in this situation and do not see it clearing up anytime soon. So they call for snow, be aware, regardless of what falls, we will be closed. Well at least I am getting pretty good at Mario Kart.